The original site had served us well for over 10 years but it was starting to look a little bit tired. The basic layout and content is much the same as before but this new site offers lots of additional features and improved accessibility for visitors with Apple devices who had been unable to see the gallery photos.

This month we were commissioned to make and install a set of new entrance gates for the University of Law in Christleton, Chester... 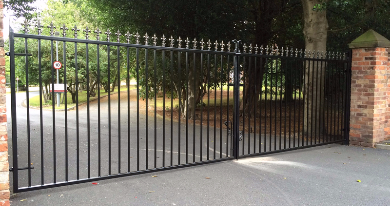 A very exciting start to the year as Matt was chosen to take part in ITV's new Saturday evening show... Ninja Warrior UK!

The challenging assault course is based upon the Japanese 'Sasuke' and 'American Ninja Warrior' from the USA. Almost 6,000 people applied - 1,200 were called to audition and just 250 made it onto the show!

Matt did extremely well; he crossed the Quintuple Steps, survived the Log Drop and made it over the Dancing Stones but was defeated by the swing to the Cargo Net - the one obstacle he wasn't worried about! He got much further than most of the others in his heat and we are all very, very proud of him!

The show will run on ITV for 8 episodes, starting on Saturday, April 11th... 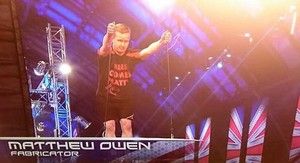 Finally got round to getting the graphics ordered for the new van.
Matt and I spent all day putting them on and we're very happy with the result... 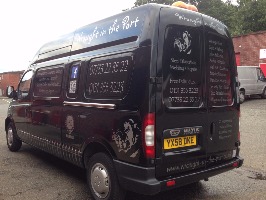 A hectic start to December, following some transportation problems :o(

These have now been resolved following the purchase of a new W.I.T.P-mobile. Our beloved LT-35 (Stan to his friends) will be retired this month, ready to start his new life as a camper-van in France.

Wrought in the Port is proud to announce our 10th Anniversary!

The business began in October 2002 and we would like to say a huge and heartfelt "Thank You!" to all of our past and present customers - we literally couldn't have done it without you! 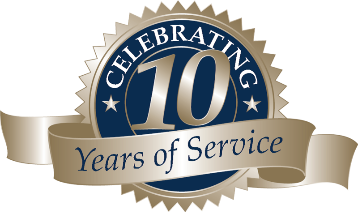 Following the installation of our alleyway gates, the residents of Enfield Road in Ellesmere Port have transformed their alleyway into a beautiful community garden for everyone to share.

I was featured in the Ellesmere Port Pioneer and the Chester Chronicle after being commissioned to design, manufacture and install six pairs of bespoke entrance gates for my old school - Whitby High School in Ellesmere Port. 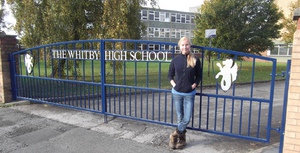 Matt was in the Ellesmere Port Pioneer this week after we donated some hens to Brookside Primary for their school garden. We were working at the school when we heard that their original flock of hens had been stolen and we thought it would be a nice gesture to get some more for them - and to give a few lucky ex-battery hens a proper life, scratching around in the garden... 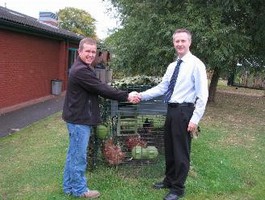 A very busy and exciting month for Wrought in the Port as Kate and Matt were married at Brook Meadow Hotel in Childer Thornton on 17th September. There was a slight disruption to our schedule following our honeymoon in Stratford-Upon-Avon but all of our customers have been extremely nice about it!

Our notice board made in memory of Jim Taylor for the Cambrian Community in Chester was unveiled on the 23rd of June. To read the full story in the Chester Chronicle please click here...

A special set of alleyway gates has just been installed between Thurston Road and Green Lane in Chester following a lengthy campagin by residents to get the alley closed off due to anti-social behaviour. 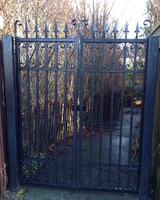 Back to Ellesmere Port again... this time we were installing alleyway gates for the residents of Grace Road, Livingstone Road, Stanley Road and Grafton Road.

More alleyway gates installed today to help combat anti-social behaviour. This time we were in the Lache area of Chester, gating alleys behind Poplar Road, Hazel Road and Downsfield Road.

The first phase of Cheshire's largest gating scheme gets underway with the installation of our alleyway gates in the Fields area of Ellesmere Port.

Wrought in the Port has been awarded a contract to provide custom-made alleyway gates for Cheshire West and Chester Council. The contract will run for two years and will bring long-awaited security and peace of mind to residents of Ellesmere Port and Chester. The initial phase will see twenty-one sets of gates installed in problem areas including Victoria Road, Woodfield Road, Livingstone Road and Ashfield Road in Ellesmere Port and Hazel Road, Poplar Road and Downsfield Road in Chester. The lockable gates will secure the alleyways, preventing unauthorised access to back gardens and stopping gangs of youths from congregating and causing disruption and distress to the residents.

The show garden was unveiled at Tatton Park. It looked magnificent and was awarded a silver medal! We attended on press day and watched the choir perform live for BBC Gardeners' World whilst the cameras panned over our ironwork... 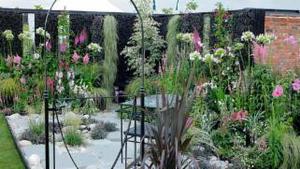 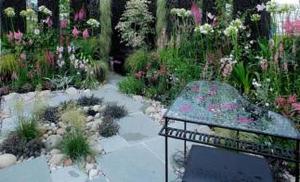 Wrought in the Port is proud and delighted to be sponsoring "A Handbag of Harmonies" show garden at this year's RHS Tatton Flower Show. We will be making a handbag-shaped gate for the entrance to the garden, a glass-topped table in the shape of a baby grand piano and assorted plant supports with a musical theme. You can read the full story in the Chester Chronicle, please click here... 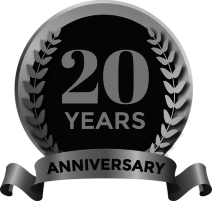 Wrought in the Port